The incidence of cholangiocarcinoma is increasing, not only in the UK but throughout the world.  It is certainly a global problem, but Thailand has the world’s highest incidence of this disease, with the Isaan Province in the north east of the country being the epicentre.

Following the 3-day international cholangiocarcinoma workshop in Khon Kaen in north east Thailand in 2014, which AMMF attended, and where perspectives and experiences on CC amongst UK and Thai researchers were shared and opportunities for new and potential research were discussed, the charity has formed strong links with researchers and specialists, and patient support teams, in that country. 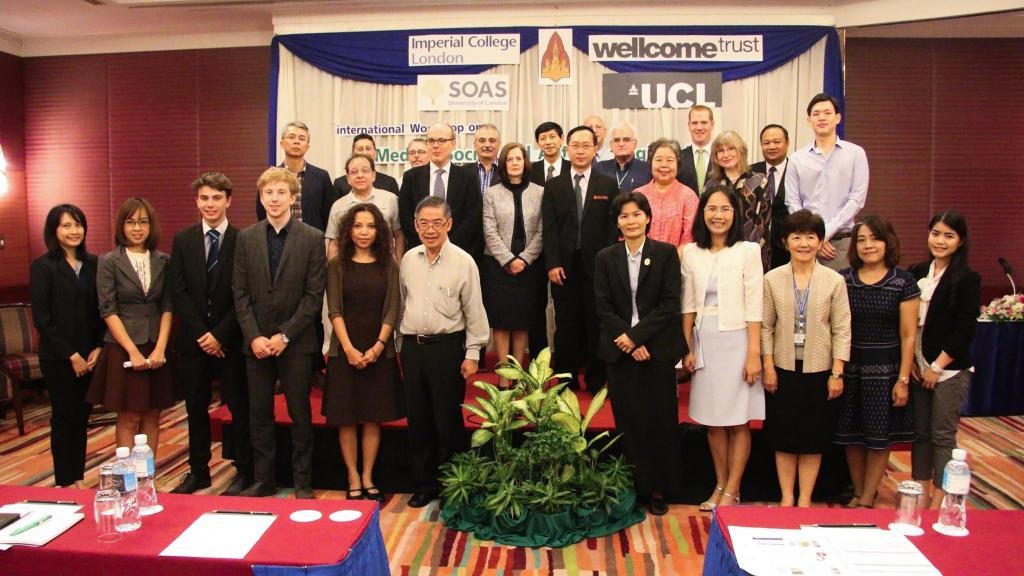 At the start of the 2016 workshop – AMMF’s Helen Morement, 2nd row, centre

AMMF’s Helen Morement was invited, as part of a fully-funded delegation from Imperial College London and SOAS University of London, to attend a further workshop in Khon Kaen in May this year.  Entitled, “The Medical, Anthropological and Sociological Aspects of Cholangiocarcinoma”, this was a more tightly focused workshop, exploring the cultural problems of the Isaan area, where people continue to eat a traditional, raw river fish dish, ‘koi pla’, which is infected with liver flukes (opisthorchis viverrini), a known cause of cholangiocarcinoma.

Because campaigns to discourage people from eating koi pla have not been as successful as hoped, much of the discussions focused on how to improve the sanitation in this very rural area, thereby changing the environment to eventually make the fish cleaner, which should result in fewer cases of cholangiocarcinoma.

For some years past, Imperial College London have been collaborating with Khon Kaen University in several areas of cholangiocarcinoma reseach – it is hoped that the enormous number of specimens available there will speed research into finding better diagnostic techniques, which will be of great benefit to others, not only in Thailand, but in the UK and around the world.

This year’s workshop also provided very valuable opportunities to catch up with AMMF’s contacts in The Cholangiocarcinoma Foundation of Thailand, and to discuss future collaborative plans. 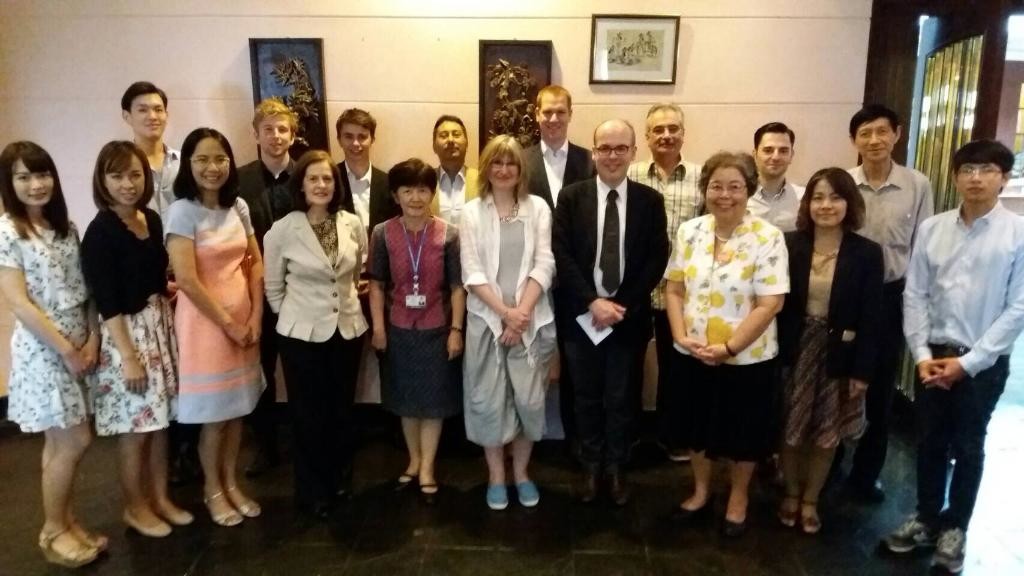 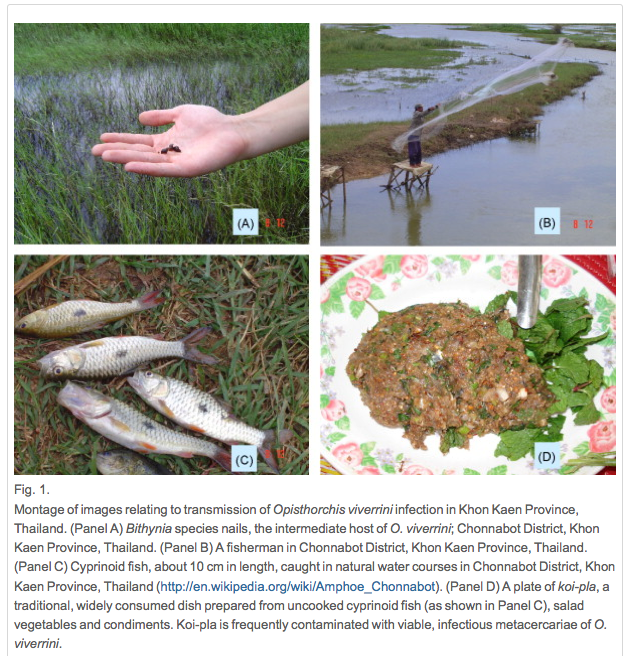 The transmission of cholangiocarcinoma causing liver fluke from snail to man, via the raw fish dish, koi pla