For this year’s CCA Awareness month, AMMF’s fundraisers really did ‘step it up’ to help raise cholangiocarcinoma awareness!

Getting out and about for AMMF

After a couple of years of being ‘locked-down’, the opportunity to connect with the great outdoors and do some good, seem to resonate with our supporters. The physical challenges undertaken ranged from 100,000 steps a week to walking over 100 miles throughout the month! No matter what the weather, our hardy supporters were out and about everyday showing their support. We even had ‘Team Brennan’ completing the Hampton Court Half Marathon, in memory of Derek Brennan, the day after Storm Eunice! Well done to all of them. 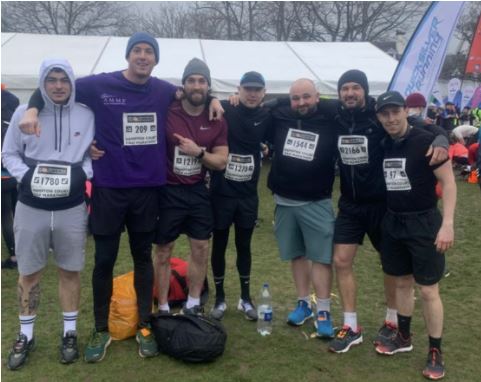 Nicola walked 50km in memory of her friend and colleague Sally Dalton, an amazing tribute to her. Abby pulled on her walking boots to trek 100 miles in memory of her Grandad, Ray Lowes. Janet set herself the task of walking 100,000 steps a week in memory of her husband, Peter Dean, which she finished off in style in Italy! 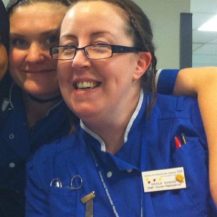 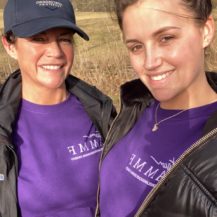 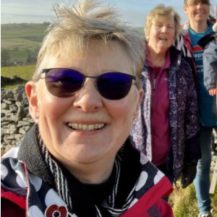 AMMF supporter, Julie’s walking target was in memory of her mother, Lin Henderson, who would have been 70 in February. Julie not only completed her 70 miles but also raised tremendous funds along the way.

World CCA Day on Saturday 12 February, was the international day of recognition of cholangiocarcinoma and to raise awareness of the need for global collaboration. Thank you to Jayne Crowther, who rallied her friends from all over the UK, to raise CCA awareness with a combined 80 mile walk on the day, which would have been her Mum’s, Janet’s 80th birthday. 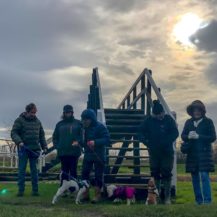 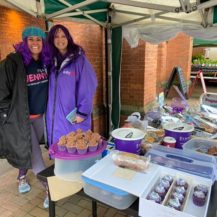 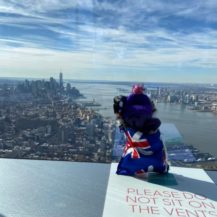 Long-time supporter Andrea Sheardown, battled the elements on the World CCA Day to run a cake and raffle stall in Sandbach, with specially designed World CCA cupcakes for sale. Despite the gales, Andrea manged to hold onto her purple wig! Later in the month, Andrea faced her fear of heights, with the help of AMMF’s Hope Bear, to help raise CCA awareness in New York.

Not all of our supporters were out facing the elements for AMMF! We had the tremendously generous Sophie who faced ‘The Big Hair’ chop in memory of her Grandad, David. And the very kind Heather, who wore purple all day on World CCA Day to raise funds in memory of Patricia Whalley.

Thank you to all those who took part in this year’s CCA Awareness Month and World CCA Day, your support is always truly appreciated. Hopefully, some readers may even be inspired to take on their own challenge for AMMF this year! To find out how you can get involved, visit our fundraising ideas page.

To find out more about the origins and aims of World CCA Day, click here