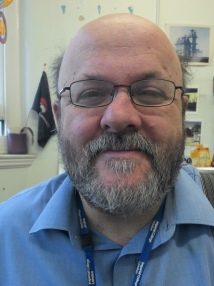 I am a Fellow of the Royal College of Pathologists based at Imperial College London, and my particular specialism is hepato-biliary and gastrointestinal pathology.  I am also one of the group of specialists who published, “Guidelines for the diagnosis and treatment of cholangiocarcinoma: an update.”

Over the last few years there has been a considerable increase in the number of specimens our pathology team is asked to investigate with a view to confirming, or otherwise, a diagnosis of cholangiocarcinoma.  I am pleased, therefore, to have the opportunity to describe the work of the pathologist, and the part this plays in the diagnosis of this disease.

“Pathology: the science behind the cure” (Royal College of Pathologists)

Arriving at a clear diagnosis of cholangiocarcinoma can be very difficult, and involves the work of a medical team with separate areas of expertise.  A pathologist, whose job is to investigate tissue samples, will be part of this team working together to manage patients with known or suspected cholangiocarcinoma, gathering information in order that a definite diagnosis may be made, and a treatment path can be decided on.

The pathologist works with tissue samples obtained during a biopsy, with specimens such as parts of the liver, the gall bladder or part of the bile duct, removed during surgery, or with cells obtained from bile.  These samples will be microscopically examined to check firstly cancer if can be identified and then, if it can, if this is a cholangiocarcinoma.

There are, of course, other possibilities – the tumour may be another kind of liver cancer or, far more commonly, it may be a spread of a tumour from another site, very often from the pancreas or stomach.  These are known as secondary tumours and are much more common than cholangiocarcinoma, but making this distinction can be very difficult.  To do this the pathologist may need to use various specific tests, involving antibodies or molecular probes. It is important to be clear as to the nature and origin of the cancer as this will determine the best form of chemotherapy.

The pathologist’s findings will be reported to the multi disciplinary team who will then, together with the other information they have, be able to make an informed decision on the treatment path for the patient.

As well as being involved with the initial diagnosis, where a cholangiocarcinoma has been surgically removed, the pathologist will be responsible for examining this to assess if the whole of the tumour has been removed. This involves examining multiple sections from the edge of the tumour. The tumour’s potential or spread is assessed by looking for invasion of blood vessels and around nerves as well as involvement of local lymph nodes.   This examination of tissue and the findings are important as they will help determine what additional treatment a patient may need.

Historically, clear and accurate diagnosis of cholangiocarcinoma has been very difficult – with advances in technology, and through building up our knowledge and expertise, it is hoped the work of the pathologist will make a major contribution to improving this situation for the future.