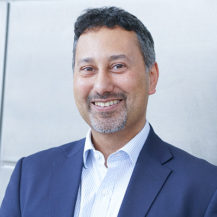 What is cholangiocarcinoma?
The bile ducts are a system of tube like structures which carry bile, a fluid made by the liver, to the gut. Bile aids digestion and also carries and helps get rid of toxins potentially harmful to the body. Cholangiocarcinoma is a cancer that arises in the bile ducts in or around the liver. It can be a particularly devastating cancer as it presents very late and is hard to treat.

Cholangiocarcinoma: the epidemiology
Worldwide, CC is the second most common cancer arising in the liver. The numbers of new CC cases per year, and annual death rates from CC have risen steeply and steadily across the world over the past few decades. Although most cases occur in people over 60 years of age, CC appears to be increasing across all age groups including younger people. The cause of this ongoing rise is unknown and is being studied by researchers in the UK, US and Europe.

What causes CC?
The exact cause of CC is unclear. It is likely that the cancer arises due to a combination of factors, including other illnesses that cause chronic damage to the liver and/or bile ducts, certain toxins and possibly a small genetic predisposition, although CC is not a directly inherited disease. Primary Sclerosing Cholangitis (PSC), a condition where the bile ducts are chronically inflamed, is the commonest known predisposing cause of CC. Other recognised risk factors include gall-stones which have remained stuck in the bile ducts for a long time; having cysts in the bile ducts; and exposure to certain toxins, such as Thorotrast, which was an X-ray contrast agent used several decades ago. In Southeast Asia, where CC is relatively common, associated risk factors include liver flukes and chronic typhoid, neither of which occurs in the Western world. There is some evidence that long term liver damage of any cause, such as chronic viral hepatitis B or C, fatty liver disease and alcohol may also be risk factors for CC. These factors are suspected but not definitely proven to cause CC. The majority of people with CC have none of the risk factors mentioned above, so studies into the causes of CC are an important area of research. Only by understanding the biological mechanisms of what causes CC can new and more effective treatments be developed.

What are the symptoms of CC?
The commonest symptoms are due to the CC blocking flow of bile in the bile ducts and include jaundice (yellowing of the skin and eyes), pale stools, dark urine and sometimes itching. Some patients present with non-specific symptoms, such as malaise, fatigue and weight loss. Occasionally, CC is detected incidentally, as a result of scans performed for other reasons. Unfortunately, by the time someone has symptoms from CC, it is already usually quite advanced.

How is CC diagnosed?
There is no single simple test that conclusively proves a diagnosis of CC. In our clinical practice, a combination of the patient’s history, findings on clinical examination, blood tests for cancer “markers”, imaging scans (ultrasound, CT and MRI), and endoscopy techniques (ERCP) to get blood and tissue samples from within the bile ducts are all used to confirm or refute a diagnosis of CC. Despite this, CC can actually be very difficult to confidently diagnose. The reason is that the signs and symptoms CC patients have are not specific to CC and can occur from other cancers in that area, as well as from non-cancerous causes such as gallstones, and non-cancerous inflammation of the bile ducts. The same goes for the blood tests – at present there are none specifically for detecting CC. Even with the latest scanning techniques, it is usually not possible to definitively diagnose CC on appearances alone. It is often difficult to get a biopsy (tissue sample) of the abnormal area on a scan. Developing new technologies to get an accurate and early diagnosis of CC is an important area of ongoing research, as the correct treatments for the various diseases mentioned are all quite different. Current areas of research include looking for new and specific markers of the cancer in CC patients’ blood and bile, and newer types of scans and endoscopy that allow closer examination within the bile ducts.

How is CC treated?
Cholangiocarcinoma cases in the UK are generally referred to the regional specialist centre to be discussed at a cancer Multi-Disciplinary Team Meeting (MDT), where a variety of consultants, including liver specialists, endoscopists, surgeons, oncologists, radiologists and pathologists with expertise in this field review each case to advise on the best course of treatment for an individual.

The only potential cure for CC is to have the cancer totally removed surgically. Unfortunately, surgery is only successful if performed when the CC is confined to a small area, and by the time most patients are diagnosed, the cancer is too advanced – hence the need to develop better tests to diagnose CC accurately and early. If surgery is not an option, there are several other types of treatment which, although not curative, can help control symptoms and delay progression of the cancer and/or its effects on the body. These include placing “stents” into the bile duct to hold it open and relieve the blockage to the flow of bile, and chemotherapy drugs. So far, radiotherapy has been ineffective in most studies.

Given the poor prognosis of CC and the lack of curative treatment options, the development of new therapies for CC is clearly an important area of research. New treatments under research include novel chemotherapy drugs, which depend on understanding the basic causes of the cancer; and special endoscopy techniques to develop better stents and ways to directly see and kill cancer cells inside the bile ducts. Liver transplantation for CC has been performed but resulted in poor outcomes with early cancer recurrence and high death rates and so is not performed by most centres worldwide. However, transplantation may become an option again in the future, as data comes through from some centres in the USA who have performed liver transplants for a small minority of CC patients with very early stage disease and who have achieved good long-term survival. However, transplantation for CC is unlikely to be used routinely in the UK or Europe until further studies on its effectiveness have been shown in other centres.

In summary, CC is a devastating cancer. It seems to be increasing and we don’t know why. It presents late in its course, is difficult to diagnose accurately and early, and most cases cannot be cured. However, there are several treatment options available. Clearly there is a great need for ongoing research to find out the causes of CC so we can develop better diagnostic tests and more effective treatments.