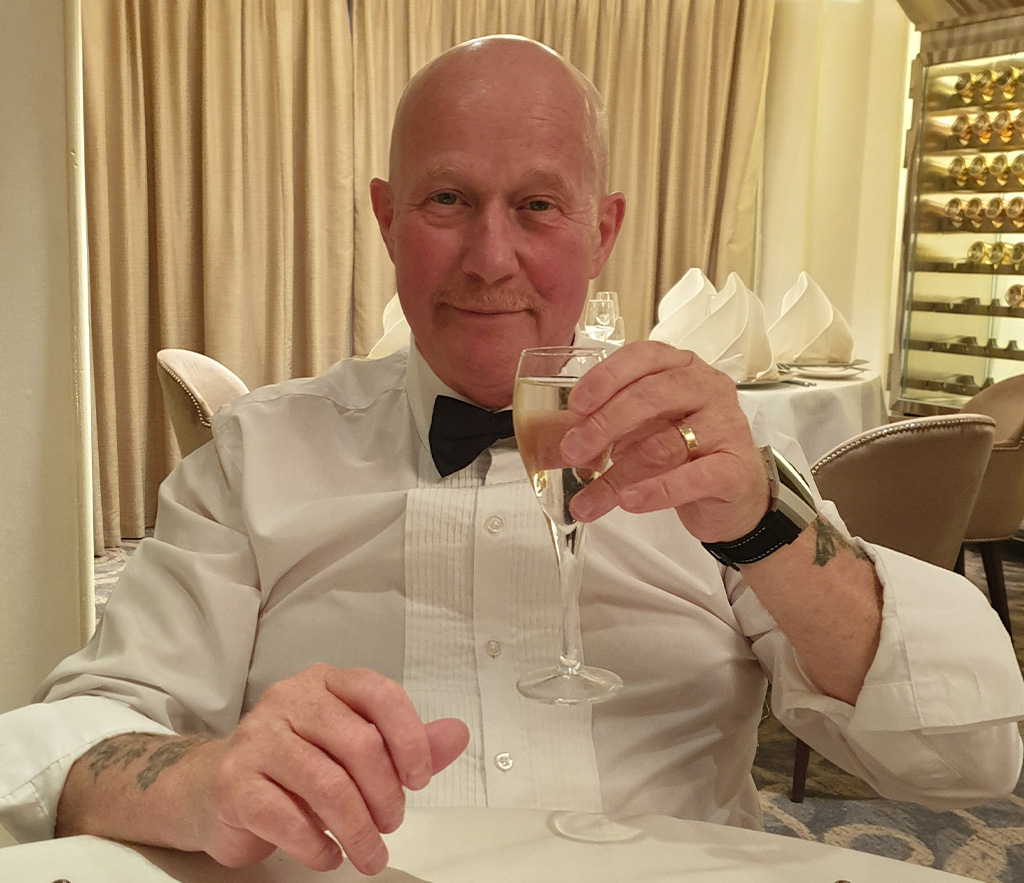 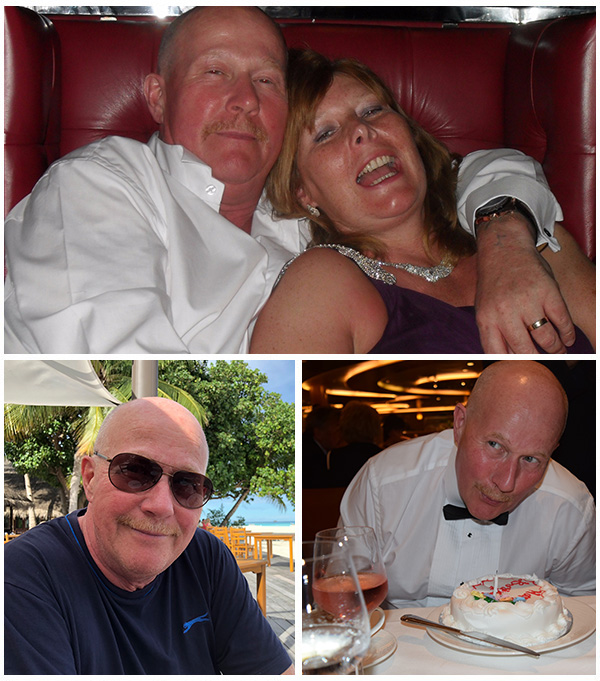 Keith was always fit and healthy, in April 2021 he started to have some pain in his lower back and shoulders. The pain got so bad that in early May he tried to see his GP but they refused a face to face appointment and instead gave him a fit note for 2 months and told him to take Ibuprofen. 2 weeks later, he again tried to see the GP and after threatening them with a complaint they finally agreed to a face-to-face appointment for the following week. He was seen by the nurse practitioner who carried out a number of tests and was so concerned that she told him to go home and pack a bag as she was going to arrange for him to be admitted to the Surgical day unit at local hospital. Keith was discharged the same day by a consultant who said he needed to have a colonoscopy to rule out Diverticulitis.

An abdominal scan showed an abnormality on his liver, Keith went for the colonoscopy but was advised by the consultant that it wasn't the correct procedure, he needed a CT scan. He had the scan, but we had to wait weeks for the results and they only came back after I'd spoken to my MP and Keith was admitted to hospital because the pain was intolerable. After 2 endoscopies he was finally diagnosed with Cholangiocarcinoma on 23rd July, after a short but hard-fought battle he passed away on 29th September 2021 just 10 days after his 66th birthday. I believe he was a much a victim of the NHS as he was the disease.

I miss him so much it hurts; we were due to celebrate our 30th wedding anniversary on the 6th December 2021. Keith was loved by many for being just who he was funny, caring, supportive even without a filter. He lived life to the full, he was the most wonderful husband that I could have wished for, he was truly my soulmate and I'll never be the same without him.

Instead of flowers at his funeral I set up a Just Giving page in aid of the AMMF and I'm proud to say that within a couple of days we'd raised nearly £1800 but so much more is needed, this disease is a silent killer, it creeps up on you and you could be diagnosed as stage 4 without even having any symptoms and by then it's often too late.