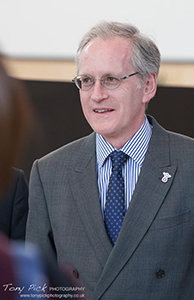 Noel Corrigan is a decision support consultant who has been providing strategic advice to government departments, industry and international organisations for thirty years.  For most of this time he has been employed by the largest manufacturing company in the UK, running teams of consultants, working with academic institutions and other partners to advise senior leaders on policy decisions.

He is a Fellow of the Operational Research Society of the United Kingdom, and is an elected member of its General Council.  He is a director of the ISMOR foundation, which organises an annual international Operational Analysis conference. Through his wife and their two children Noel has close connections with Peru, where they spend most summers. 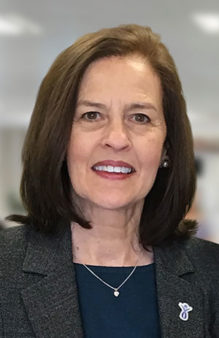 Helen Morement founded AMMF – The Cholangiocarcinoma Charity in 2002 and, since that date, has worked with the charity to achieve its aims of raising the awareness of cholangiocarcinoma, encouraging and supporting research, and providing information and support to patients and their families.  The charity is actively involved with many other groups, both national and international.

Helen is a member of the Executive Committee of Cholangiocarcinoma-UK, a co-chair of the Global Cholangiocarcinoma Alliance, and is involved with ENS-CCA (the European Network for the Study of Cholangiocarcinoma). She acts as an advisor to the NCRI (National Cancer Research Institute) Upper Gastrointestinal Hepatobiliary Clinical Trials group, the Biliary Tract Cancers Trial Management group and the International Biliary Tract Cancer Collaborators group.  She reviews clinical trials and patient information, nationally and internationally, and information provided by larger, more generalized cancer charities.

Helen is also a board director of Cancer52, the UK alliance of 100+ rare and less common cancer organisations, working to address inequality and improve outcomes for rare cancer patients.