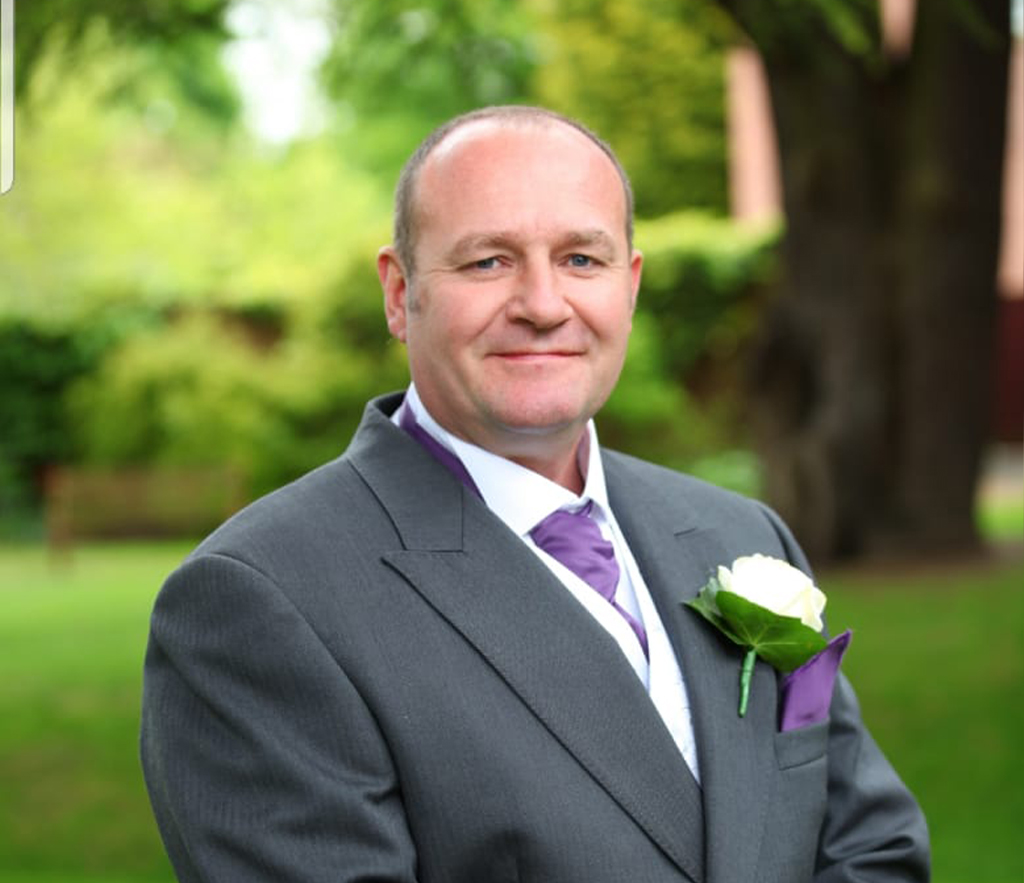 My son, Simon, was a very fit, sporty, active man who was always mindful about looking after his health. He loved his job, playing golf, building numerous things, gardening, cooking and travelling with his family and was looking forward to lots of celebrations for his 50th birthday. In his busy life he gave his time freely to help others. He began experiencing an unusual pain in his right side in January / February 2018, which at times was very painful. He made an appointment with his GP who sent him for an ultrasound scan, which showed "lesions" on his liver.

Consequently he was referred to a consultant who carried out various tests, stating that his blood tests did not appear to show any abnormalities at that time. Following this Simon had a CT scan which showed numerous liver lesions in both lobes and investigations began to find the primary source, which led to a biopsy being performed in mid-May. After this he was quickly referred to an oncologist who confirmed he had gallbladder cancer, ie Cholangiocarcinoma, which had metastised to his liver.

He was informed that his only option was palliative treatment which might delay the spread of the disease but could not cure it. To say Simon was beyond devastated is an understatement, as were all the family, his friends and work colleagues, but all were hopeful that the treatment would give him as much time as possible.

He began four courses of chemotherapy at the end of May 2018. The first two worked and the third failed, so treatment was halted. A side effect of treatment was emboli on the lungs, which Simon experienced and which led to severe and distressing breathing difficulties. In August he sought a second opinion with another renowned consultant hoping against hope that there might be an alternative, but the consultant confirmed the original diagnosis, and he was told there was no hope as the cancer was too far advanced. Simon was offered alternative chemotherapy treatment which might have given him more time, but as this was uncertain and side effects would be very unpleasant he bravely decided not to undertake this treatment.

His way of handling his illness was to retreat from the world into his own little bubble, watching endless television, seeing only a few members of his immediate family, including myself. Being the proud man that he was, he chose not to discuss his condition or anything to do with it. He became increasingly ill with terrible nausea, became bed-bound, eating and drinking very little. He died peacefully at home on November 1st 2018, five months after his diagnosis, surrounded by close family. He had so much to live for, and is such a loss to this world, within and beyond the family and is missed so much every single day.