Today would have been my Dad’s (Garry Barker) 62nd birthday and exactly two years ago my family celebrated his 60th with a fantastic weekend in London.

In the months that followed, his health deteriorated, and Dad’s symptoms; itchiness, lack of appetite then jaundice, initially wrongly diagnosed by doctors, their attention turned to “growths”.

Dad remained unwaveringly positive but further scans showed it was far worse, cholangiocarinoma, and his life expectancy was “months”. Medicine was useless and painful procedures to insert stents which themselves became blocked meant Dad was far too ill for life-extending chemotherapy. He died just seven weeks later in July 2015.

His decline was so rapid I never learned to correctly pronounce this rare cancer with more syllables than the weeks Dad lived after diagnosis! It happened too quickly to process but we created cherished memories and made him as comfortable as possible. Most important to me was having Dad there when I proposed to my, now, fiancée.

We then focused on organising a fundraiser for AMMF and in July 2016 my brother, my two best friends and I set off on a 412 mile sponsored bike ride through Suffolk, the Netherlands and Belgium. A positive and wonderful way to mark this dreaded anniversary, raising over £5,000 for AMMF. We recorded our memories, fun and occasional mishaps through a blog: https://cyclingthroughgrief.wordpress.com/

Dad touched many lives through his tireless community work and Bury Town FC, where Dad volunteered for around 15 years running its youth football setup, hosted our departure and arrival parties. His colleagues at the Communication Workers Union gave incredibly generous support too.

This year we will create more magical memories with a wedding and several important family anniversaries. It will be bittersweet celebrating without Dad, his wild, funky dance moves will be missed at our wedding reception and family parties quieter without his mischievous sense of humour and booming laugh.

While the sadness his absence brings is unavoidable we are determined to relish life in the way he always had, with love, laughter, positivity and lots of parties! 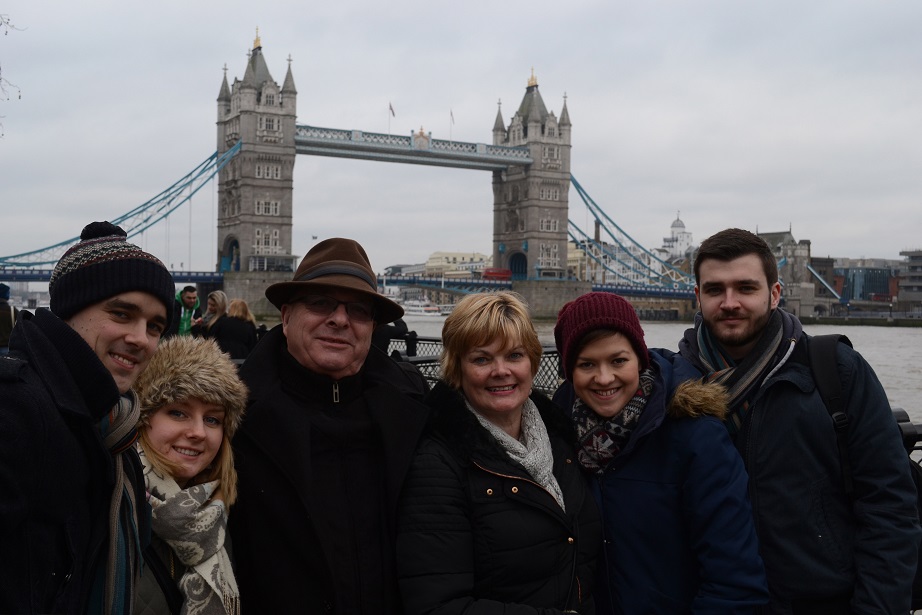 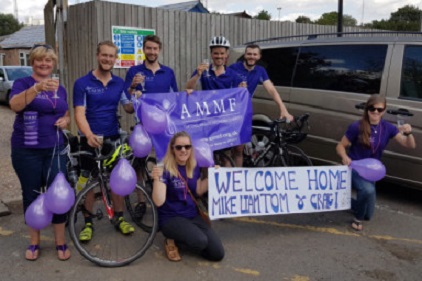