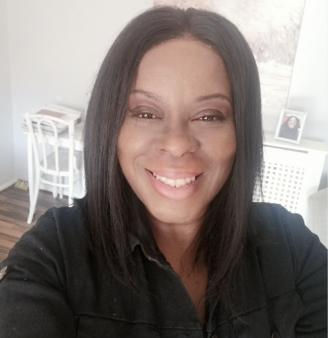 My name is Judith Neptial and on 31st July 2018, I was diagnosed with terminal cancer.

Initially I entered hospital to have reconstructive surgery on my bile ducts as I was born without a bile duct and had undertaken reconstructive surgery to rebuild them when I was a young child. I consequently had been under the supervision of hepato-biliary consultant from a very early age. I had from time to been admitted to hospital to clear any blockages that could occasionally occur.

From around 2015, I started to have more issues with my ducts and the blockages became more consistent. During this time, I had stents inserted and had my ducts ballooned in order to stop the blockages, they continued.  The blockages became more frequent.  I started to lose weight.  I consistently complained of fatigue and weight loss to my GP and consultant.  I had numerous scans all of which appeared to show nothing.  In desperation in January 2018, I broke down in a consultation with my consultant.  I could not go on, with the constant fatigue, stomach pains and weight loss.   It was decided that he would carry out surgery to reconstruct my ducts, but at no point was cancer ever mentioned.

In July 2018, I came out of the reconstructive surgery to be told that it had been a difficult surgery, due to them finding cancer.  The cancer was terminal.  Due to the way the cancer was positioned around my bile duct I would probably not live past the year.  The histology report could not confirm the primary cause of the cancer.  I was told to start a course of general chemotherapy (FOLFOX).

I knew it was not working for me

The first round of chemo was okay.  The cancer markers were positive, so positive that my team at Baths recommended that I undertake another course of chemo straight away.  I was unsure, as my body felt weakened, but under their advice I went ahead.  Within weeks my hair fell out, and I started to become violently sick and extremely weak.  I knew it was not working for me.

In my next consultation I was told the cancer markers had increased, my blood pressure had soared to 200/100.   I then started to talk to my peers.   I found out that women from the BAME community seemed to have a more negative response to chemotherapy.  I then researched the effects of chemotherapy on women from my ethnicity and found this to be a common theme.

At last! They confirmed it was bile duct cancer

I also found the Christie Hospital, because up until this point in time my primary cancer had still not been diagnosed.  I then contacted the Christie and asked whether they could clarify what my primary cause of cancer was.  At last! They confirmed it was bile duct cancer

The oncology team I was under did not seem to fully understand the intricacies of my primary condition, of being born without a bile duct and how this coincided with my diagnosis of cancer.  I decided at this point to stop my chemotherapy.

Around about this time, my worst nightmare happened when my ducts became blocked and I was admitted to a hospital which did not specialise in my condition.  In total frustration and fear I then found AMMF and contacted the charity.

AMMF immediately understood my frustration at the lack of knowledge surrounding my condition and the type of cancer that I had been diagnosed with. They then contacted one of the leading cholangiocarcinoma specialists whom they work with and informed him of my case.  That specialist then contacted me and gave me the name of two consultants who specialised in my particular conditions.

As a result, I then contacted Dr Wadsworth, who was amazing.  He then forwarded me onto his team with Dr Wasan (who is also amazing!) and nominated me for a clinical trial using immunotherapy.  The immunotherapy has significantly shrunk the cancer.  I have gone from being in constant pain, anxiety, and a feeling of total helplessness and literally no hope, to being happy, so happy.

I am no longer in pain, I feel stronger every day, and more importantly I now value every day, nothing is taken for granted and I owe this to you AMMF.

If I had not spoken to the charity that day and been pointed in the right direction, I truly do not believe that I would be alive today. Speaking to AMMF and realising that I was not alone and that actually there were people that could help me, meant everything.  They truly have no idea what an amazing service they provide.  I truly believe that the telephone conversation with this charity saved me.