AMMF has had an amazing fundraising April! Our supporters put the months of cold weather training behind them, to hit the ground running, on the streets of Manchester, Brighton and London. Marathon season was back and the first weekend in April saw AMMF being represented at the Manchester Marathon. With over 20,000 runners taking part, Andy Wall, who had already tackled the Great North Run and the Chester 10k for AMMF,  and completed over 300 miles in training, managed to put on his running shoes for a third time and completed the course in 3 hours 55 minutes! Amazing Andy, thank you to you and all the other members of the team who have been fundraising for AMMF. As there were no photos from Manchester, here’s one from the Chester 10K in March. 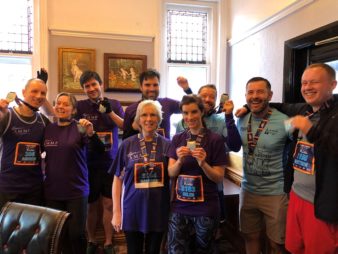 Also running the Manchester Marathon, was Linda Tillman. She had previously tackled the half marathon but made a promise to her friend Claire, she would complete the full marathon in her memory. She ran the 26.2 miles in an outstanding 4 hours 27 minutes and raised awareness and funds for AMMF along the way. Even after her marathon run, Linda managed a smile for her finisher’s medal photo. A great job, well done Linda! 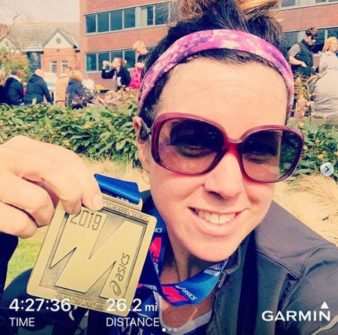 Linda and her medal.

Dean Brown decided that the Brighton Marathon would be his challenge for AMMF. He was running to raise funds for AMMF in memory of Ann. Although, he couldn’t walk the day after, it hasn’t put him off planning his next one!

What do you get if you have three cyclists, three charities, one bike and 1000 miles to cover? A World Record Attempt! The Mayor family decided that if you are going to do the famous cycle from Land’s End to John O’Groats, why not add a twist and do it on a tridem? With a fantastic support team in place and a huge supply of cakes, the family trio set off from Land’s End on 13th April, hoping to cover the 1000 miles in just 14 days. There were plenty of scrapes and grazes along the way, and poor old Tommy the tridem had to hit the repair shop in the very early stages but the cycling trio persevered and rode their way up the length of the UK, avoiding most potholes and horrendous rush hour traffic. They reached the half way point over the Easter weekend and while most of us were enjoying a fantastically sunny, lazy weekend, they pushed on up into Scotland and hit John O’Groats on the 26th April as planned, not only smashing their fundraising target but also gaining a World Record too! 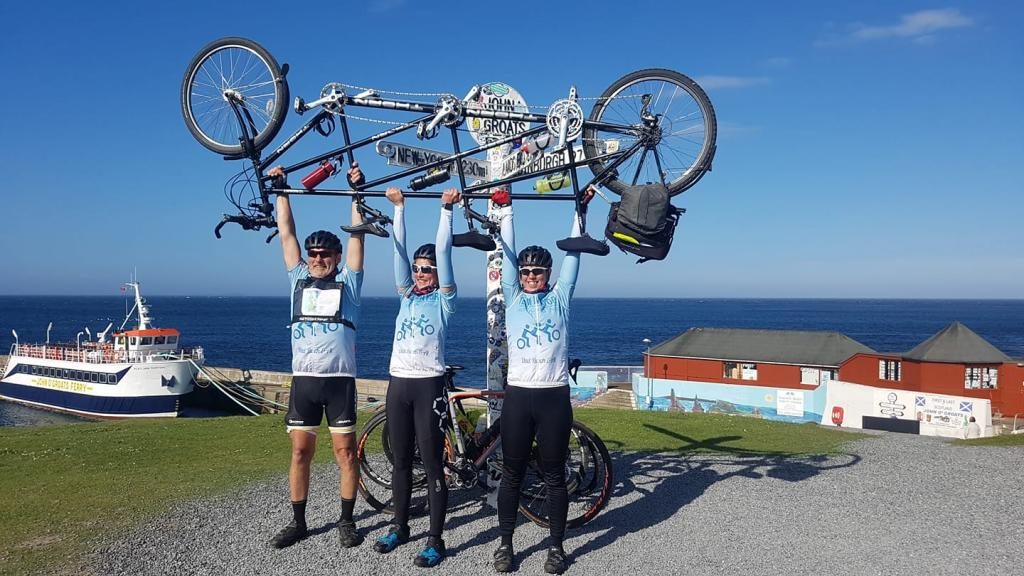 Thank you to Along Came Polly hair saloon, who held a fundraising day in Lyme Regis, in support of AMMF.  A busy day was had by all, and the donations poured in for the wonderful wash and blow drys! Thank you to all the team! 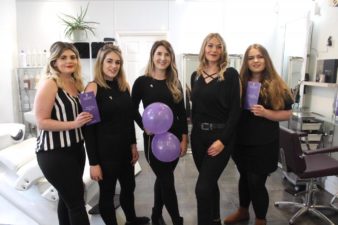 The Team at Along Came Polly

Finally, the London Marathon rounded off AMMF’s amazing April. We had support from Team Alesco, Anna Last, Sarah Dooley, Mark Curtis and Ruth Potts. All giving up their time to train and to fundraise for AMMF. All with their own reasons for supporting us but all with one goal, to raise funds to support the much needed research into cholangiocarcinoma. Thank you to each and every one of you for the amazing amount you raised this year.

It certainly has been a busy April but looking at our Fundraising Events Diary for May, it has only been the start!