The work of Professor Narong Khuntikeo, who was a keynote speaker at AMMF’s cholangiocarcinoma conference earlier this year, has been hitting headlines in the health sections of the British press over the last few days. 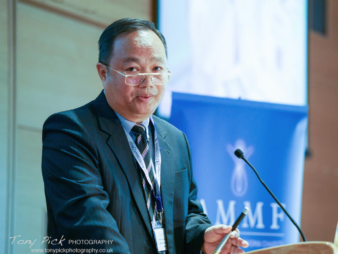 In the Isaan region, which has the world’s highest incidence of cholangiocarcinoma¹, millions of Thais regularly eat a dish made from fresh water river fish.  This fish dish, koi pla, is eaten raw, mixed with herbs and lime.

However, these fish are infested with parasites, the liver fluke (opisthorcis viverrini) and, because koi pla is traditionally served uncooked, these are ingested along with the fish.

The fluke can remain in the liver for years, with those affected noticing few if any symptoms, eventually causing cholangiocarcinoma in many.

Professor Narong, who lost both his parents to cholangiocarcinoma after they ate koi pla throughout their lives, has brought together scientists, doctors and anthropologists in his fight against the “silent killer”.

He and his team (CASCAP) have spent four years driving ultrasound machines and urine testing kits around the Isaan region, testing villagers for the parasite, and treating them where possible. Up to 80% of the inhabitants of some communities were found to have ingested the parasite. At a recent testing a third of villagers showed abnormal liver symptoms and four were suspected to have cancer. 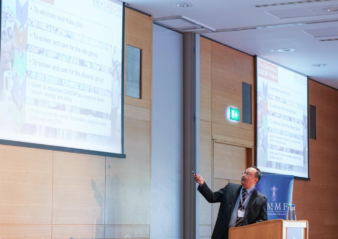 Professor Narong and the CASCAP team are encouraging people to stop eating koi pla, or at least to fry the fish, and local health officials have also introduced a school curriculum of colourful 28cartoons that aims to teach children about the risks of raw foods.

But it is the older generations who are proving the most difficult to convince, as koi pla is a much enjoyed, very convenient traditional dish, with recipes being passed down through generations of families.

To read the article in The Guardian, click here


AMMF is delighted to see that Professor Narong’s incredible work is being recognised internationally.  We are proud that he was able to attend our Cholangiocarcinoma Conference in May 2017 and again in May 2019, where he described some of the wide reaching and dedicated work he and the CASCAP team are undertaking.