Updates on transplant, trials and more … 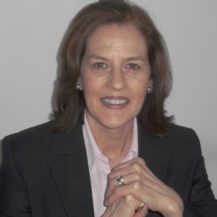 In my capacity as a patient representative and advocate, I attend the regular NCRI Hepatobiliary Clinical Trials group meetings, where I get the opportunity to put forward questions and seek information on behalf of cholangiocarcinoma patients.

The members of this group are concerned with all upper gastrointestinal hepatobiliary cancers, and include those at the forefront of cholangiocarcinoma research, trials and treatments, specializing in all areas –  surgery, hepatology, pathology, oncology, radiotherapy.

The June meeting of the group followed closely on from the huge ASCO conference held earlier in the month in Chicago, which I attended, and where I also went to the IBTCC (International Biliary Tract Cancer Collaborators)1 annual meeting, so I had many questions to ask the group on behalf of cholangiocarcinoma patients in the UK.

Firstly, under the US “Mayo protocol”2 for liver transplantation for those patients with hilar cholangiocarcinoma, the selection process is stringent and the preparation, which includes chemotherapy and radiation therapy, is rigorous, so the number of people going forward for transplantation is considerably lower than those who actually begin on the preparation pathway.

And, of course, here in the UK there is already a shortage of organs for patients with benign disease, let alone malignant disease.

Then the ‘Irish experience’ was mentioned. A transplantation trial took place at St Vincent’s Hospital in Dublin, reported on in 2014, where “there was at least 20% perioperative mortality, all those with any disease following radiation relapsed and died and only those with a complete pathological response survived.” 3

It was felt that the current French TransPhil study4, which aims to recruit 60 patients, would be unfeasible in the United Kingdom.

Finally, it was mentioned that the ABC-075 study looking at radiation is likely address this issue more accurately.

(AMMF has raised the transplantation question several times over the last few years. To see our reports on this subject, click here.   And to see a comment from Professor Steve Wigmore in favour of liver transplantation in the UK, “A hammer to crack a very tough nut”, click here)

Downstaging inoperable patients
I asked the group to comment on the fact that some patients who had originally been diagnosed as inoperable but who then had a good response to chemotherapy, might become operable. And that it seems this is not routinely looked for, considered or discussed – the mechanism to do this at a review meeting does not seem to exist.

The view of the group was that, “many patients are still not evaluated at the Cancer Centre meeting and that without pressure from organisations such as NICE, this was unlikely to happen.”

The general consensus was that few, if any, inoperable patients achieved operable status in this way, and it seems individual consultants may check for this, but by no means all.

I stressed the importance of even one life being saved by going forward to surgery, and that checking for downstaging wherever possible should surely should be a matter of routine. (AMMF will continue to push for this checking to be carried out.)

The BILCAP study
The long running BILCAP study5, which looked to assess whether patients derived benefit from a course of chemotherapy (Capecitabine) after surgery for cholangiocarcinoma, closed last year and the results, which had been expected this summer (2016), are still awaited.

It seems the report will not now be made public until the next annual ASCO convention in June 2017. So, I questioned the group as to whether the data would be available before that time so that, if it was as positive as hoped, then current patients undergoing surgery could be recommended this adjuvant treatment.

However, somewhat surprisingly (to me, at least) as it has long been anecdotally considered that the outcome of this extended trial would be positive, the group suggested that if the benefits were large, the data monitoring committee would have asked for early release of the data.

The advice to all consultants from Cancer Research UK was that there should be no announcement of any results until the formal presentation, to allow the data to be appropriately verified. It was agreed that ASCO was the best forum for this presentation as it would have the highest international impact. (The similar French PRODIGE-127 study would also be presented at the same time.)

When asked what they would recommend for their patients in the interim – adjuvant chemotherapy or not? – all were cautious, mentioning they would offer the ACTICCA-1 trial8 to suitable patients.

Prioritising clinical trials
Following on the recent IBTCC meeting at ASCO, and the number of new trials that were discussed, I raised the question as to how or even whether the number of advanced disease studies that are likely to be open in the next two years should be prioritised.

The view of the group was that no prioritisation would need to occur as not only would start dates of studies be staggered, but patients would be carefully selected as to what would be most suitable.

²  The Mayo Protocol: for the Mayo Clinic’s details on their liver transplantation programme, click here

3   To read the report on the Irish transplantation experience, “Neoadjuvant chemoradiotherapy followed by liver transplantation for unresectable cholangiocarcinoma: a single-centre national experience”,  published in 2014 in “HPB: The Official Journal of the International Hepato Pancreato Biliary Association”,  click here

9   To see the full ENS-CCA document, “Cholangiocarcinoma: current knowledge and future perspectives consensus statement from the European Network for the Study of Cholangiocarcinoma (ENS-CCA)” go to: http://www.nature.com/nrgastro/journal/v13/n5/full/nrgastro.2016.51.html