The Two Toms in Thailand

Two Imperial College London ‘medical students to be’, Tom Hughes and Tom O’Connor, have taken on an elective period of research and study into cholangiocarcinoma in Kohn Kaen, Thailand, and are sharing their experiences with AMMF. 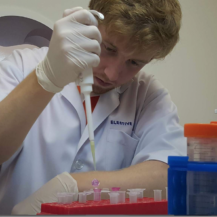 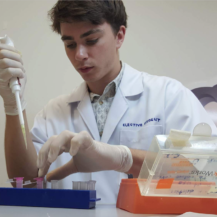 The Two Toms blogged especially for the inaugural World Cholangiocarcinoma Day on 17 February 2016 – to read their article which describes what cholangiocarcinoma is and why it is so prevalent in Thailand, click here 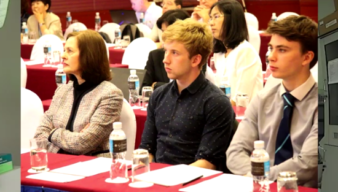 Helen and the Two Toms, paying attention and looking serious …

They also attended the “International Workshop on the Medical, Social and Anthropological Aspects of Cholangiocarcinoma”, in Khon Kaen, 25 – 27 April 2016, where they met AMMF’s Helen Morement and agreed to provide a brief report of their time in Thailand, and a short video to share with the charity’s supporters for AMMF’s Information Day at Imperial College London, on 10th May 2016.

To read The Two Toms’ report on their study and research in Thailand, written for AMMF,  click here

The Two Toms also prepared a short video for AMMF which was shown at the Information Day:

Many thanks to Tom H and Tom O’C for sharing their experiences with us. We look forward to hearing more of their adventures, and hope that what they have learned will stand them in good stead when they begin their medical studies in October 2016 and, who knows, might lead them to become future specialists in cholangiocarcinoma!